CAMPAIGN REPORT – MORE SMOKE AND MIRRORS FROM THE MARSHALL GOVERNMENT

Given previous statements of the government, we didn’t have high expectations and in that at least, we weren’t disappointed.

It’s clear that the Marshall government just does not understand the issues confronting firefighters nor the risks the government is exposing both firefighters and our community to.

“Don’t know, don’t care” was the way one team member subsequently described Mr Lucas’ attitude to firefighter issues at the meeting and all present agreed this is an accurate reflection.

The Treasurer once again went over the MFS expenditure he’d already announced last year, but he did not address issues we raised with him such as real life examples of firefighter safety being compromised by the ageing fleet, the lack of spares, the need for additional emergency vehicle technicians in the Engineering Department, more equipment such as thermal imaging cameras, the recall of and need for more burn over protection systems, increased training department staff, BATA resourcing, and the pressing need to address the exposure of firefighters to diesel particulates with direct extraction systems and discrete PPE storage.

We also raised the national Productivity Commission Report which has just come out for 2019 – 20 showing that the expenditure on fire and rescue services is more than $50 per capita less in SA than any fire services Australia wide (with the gap widening by more than $20 on last year).

In a standard negotiating position, Treasurer Lucas reiterated that no matter what, the government’s position of simply ignoring the above issues, will not change, though he did agree to provide clarification of his figures and timing of delivery (including the appliances which were scheduled for delivery in 2019).

Mr Lucas said he reads our Wordbacks with interest, so our message to him is no matter what, the voice of firefighters on these issues will not be silenced and we will continue our public campaign for the resourcing necessary for firefighters to safely do our job of protecting our community.

No doubt understanding and being concerned about this, Mr Lucas rather clumsily attempted last night and this morning to portray our discussion to the media as a ‘resolution’ to the dispute and himself as a late Father Christmas re-announcing funding already announced at least twice before.

The UFU has explained to Mr Lucas that while firefighters are always grateful for any additional funding which is provided, it should be clear by now to him that there are critical resourcing issues being raised to which the government needs to pay attention. So while some may be taken in by his bluster in the short term, firefighters know that it is simply more smoke and mirrors from the Marshall government.

A reminder to members that in an additional step in our campaign, there is an online petition in response to all those who wish to support firefighters and send a direct message to the Marshall government. You can access the UFUSA petition here, or on our Facebook page (click here) .

CAMPAIGN REPORT – MORE SMOKE AND MIRRORS FROM THE MARSHALL GOVERNMENT 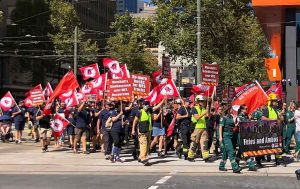 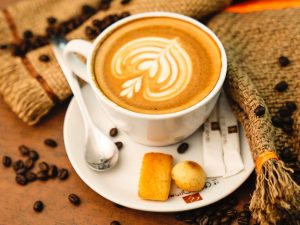 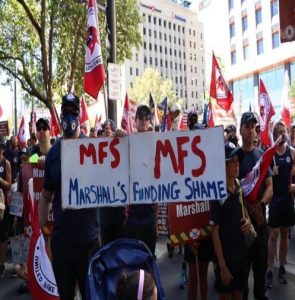